Welcome to the Ashburton Trotting Club.

The Ashburton County has been a prominent part of the New Zealand harness racing landscape for over 140 years. The first race in the district was run in Rakaia in 1865 and the Ashburton Trotting Club was formed in 1890.

The Club runs several of the major races on the New Zealand Harness Racing calendar, the Ashburton Flying Stakes, Sapling Stakes, Trotters Flying Mile and Hambeltonian to name a few. Although holding just 7 race days a year the club has excellent facilities for viewing and catering to the public and a track which is perfectly designed for mile racing and recognized as the fastest in New Zealand.

The Ashburton Trotting Club is certainly acknowledged as a major player in harness racing, a fact evidenced by the decision of Harness Racing New Zealand to stage the inaugural running of the prestigious Harness Jewels. Saturday 2nd June 2007 was a fabulous success with a glittering array of age group horses on display in nine one-mile races.

Whatever your interest, welcome. We look forward to seeing you on course making use of our great venue. 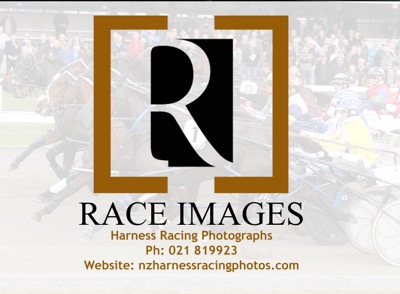 The Ashburton Trotting Club was formed in July 1890 and the owners and committee men were some of the most influential men in Canterbury. People like Hugo Friedland who was both Mayor and Chairman of the County Council, a man who exercised a major part in the development of the town and the county.

Archibald MacMurdo Thomson who has three streets named after him, Crisp and Cuthbertson both solicitors, John Grigg, the owner of Longbeach, businessman David Thomas, farmers Dan McKendry and Octavius Digby.

But the most influential person at that time in terms of trotting was a Robert Wilkin who had strong ties to the Ashburton district. "A Salute to Trotting" the official history of harness racing in New Zealand says "Without doubt the most momentous development in the complete annals of New Zealand trotting was the importation of the first trotting stock from America during the 1880's. This was to transform the sport here, giving it a real identity and launching it on its way to its present world renowned status. Hero of this epic move was Christchurch merchant and sportsman Robert Wilkin. He owned the Maronan Run with Thomson and John Carter as well as the Grove Farm Estate and other extensive holdings in the Tinwald area.

Using Carters expertise, Wilkin imported some of New Zealand's most important breeding stock, both gallopers and trotters. One of his imports was Miss Kate - from Britain, foundation mare of the family of two of the most famous horses in thoroughbred history, Phar Lap and Kindergarten."

So, practically since Ashburton was surveyed in 1860 and developed in 1863, trotting has been a big part of the life of Mid-Canterbury residents playing a major part in our economic and social life.

Trotting history is littered with the names of Ashburton identities, be they owners, trainers, drivers or administrators. Harry Nicoll was president of the club from 1906 until 1955 - his son Arthur was president until 1964. Both men were also president of the New Zealand Trotting Conference, Harry for 25 years from 1922 to 1947 and Arthur from 1965 to 1969.

Owners like Harry Nicoll, Maurice McTigue, Ben Grice, Ossie Hooper and Ted Lowe were leading owners by stakes won and the district produced some wonderful horses - names such as New Zealand cup winners Durbar, Wrackler, Lucky Jack who won 2 for Bill Lowe, Morello (Maurice McTigue), brilliant staying mare Haughty (2 wins), Loyal Nurse, Invicta - Ted Lowe's pair Cainbrae and Humphry, Jim Donaldson's James who won in 1970 and the brilliant Inky Lord trained by Brian Saunders and driven by Ricky May. Colin Calvert's Bee Bee Cee was trained at Chertsey. The 2006 winner Mainland Banner was developed in Methven and sold out of the district for $150,000.
And then there was Stella Frost who won and lost the cup in 1969 for Doody Townley. 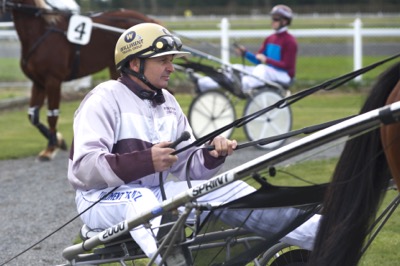 These days the club runs many major races on the calendar and pays out stakes in excess of $700,000 much of which goes back into the Ashburton economy.  And of course, in 2007 the club was privileged to be invited to host the inaugural Harness Jewels, the biggest single stake day in New Zealand racing history. The day has been repeated every two years until 2017. These occasions have been made all the more possible by the wonderful work done over the years by many outstanding administrators and committee members who have made the present track and facilities what they are today. With that sort of commitment and enterprise the future of trotting in Mid-Canterbury is assured.